A Good Rescue – Thanks to VKS-737 HF Radio Network:

My wife and I were in a local park near Licola in Eastern Victoria and I was on my High Frequency (HF) radio chatting to a radio mate in South Australia. I was called by VKS-737 Adelaide Base and asked to provide Radio Relay assistance to a subscriber in distress in the Victorian High Country, not that far, relatively speaking from where we were.

The VKS-737 Adelaide Base operator had already made phone contact with the son of the fellow in distress. His son was about to leave Traralgon to help but it soon became clear we were way closer to the solo hunter. He was on the side of a ledge up a muddy hill with two wheels off the ground on a nasty angle.

Two hours travel to get to him, four winch lines, two vehicles helping and he was back on the road with no damage or injuries. We had no phone reception and without the VKS-737 HF Radio Network he wouldn’t have been able to get help like he did and I wouldn’t have heard what the emergency was. HF uses an open frequency and this is very valuable when something like this happens All in all a good outcome. Time from start to finish – Five hours.

A big advantage of leaving your VKS-737 HF radio on during the day. 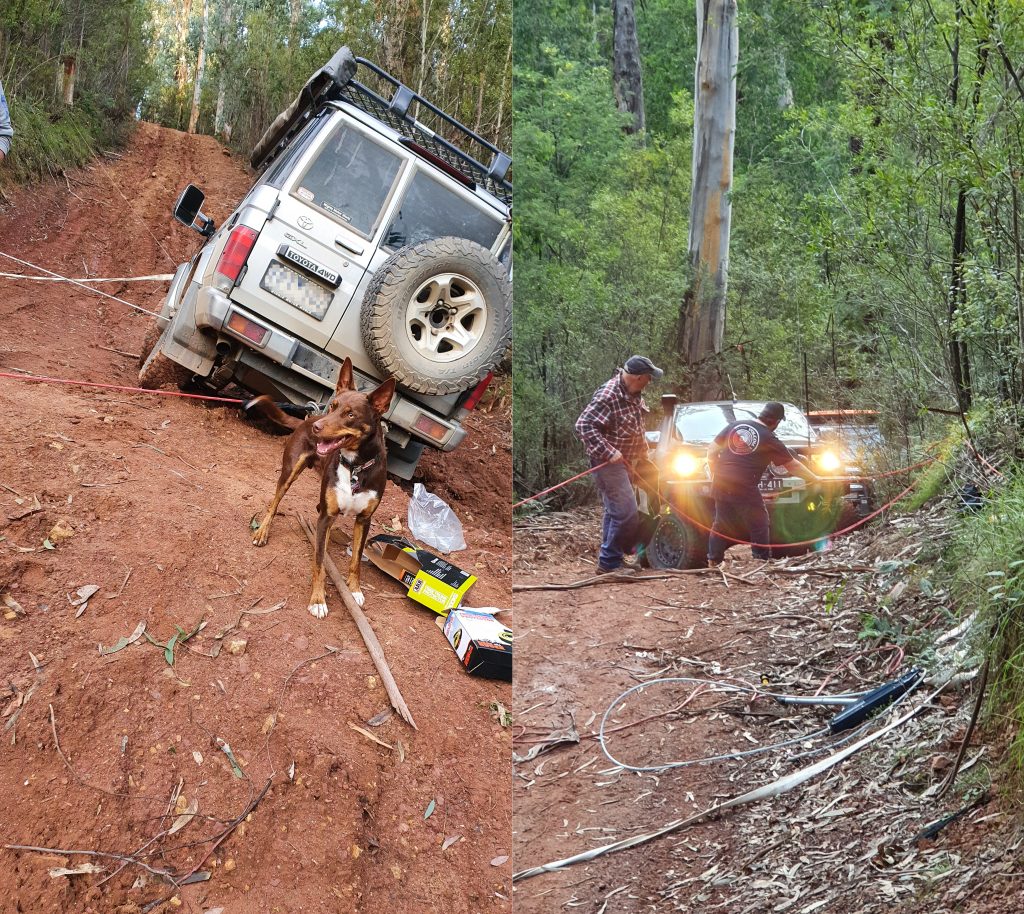