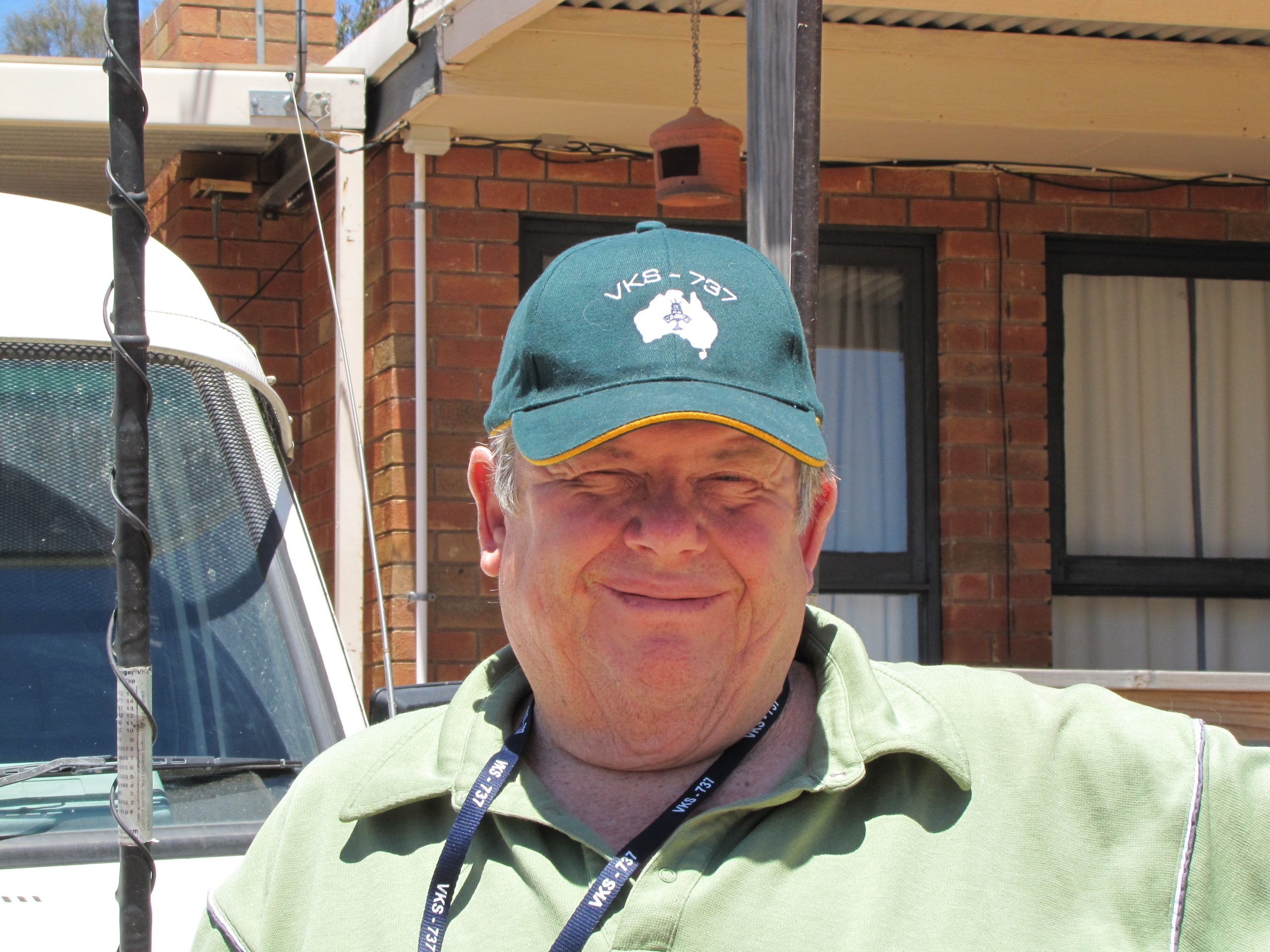 It is my very sad duty to inform you that our great friend and VKS Base Operator Peter Williams passed away last weekend in Werribee Mercy Hospital. His health had taken a sudden significant turn for the worst over the last few days.

This is especially sad for Peter’s elderly parents as they have now out-survived both of their children. Peter’s sister died a few years ago. 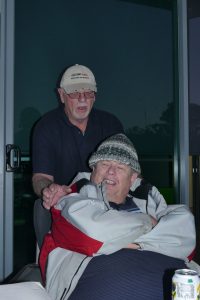 As a child, Peter was an Air Force Brat. He and his sister lived for a time in Malaysia/Singapore when his father was posted there. Peter spent his working life driving trucks and tour buses, a job he dearly loved. He became involved with the VKS-737 Radio Network years ago and subsequently volunteered as a Base Operator. In that role he was very popular with callers and made new friends as a result. He loved travelling the country.

Peter was also a popular figure at two Annual Moonambel Gatherings. In the photos at right and bottom (taken in 2018), he’s happily received a couple of mystery gifts that were handed out as part of the regular fund raising raffle by Moonambel Gathering organiser Stuart Bowden.

Recently he developed an interest in Amateur Radio that was fostered in part by my and VKS Volunteer Charlie Savage involvement with him, He gained a Foundation Licence and had arranged to start working towards upgrading to a Standard Licence.

Peter had recently taken in his Granddaughter and her two young children to provide them with a secure home.

In the end it was his gradually failing health that made things more and more difficult for him. He will be sadly missed. Peter was 70 years young.

Rest in peace Peter. You were a wonderful friend of mine. 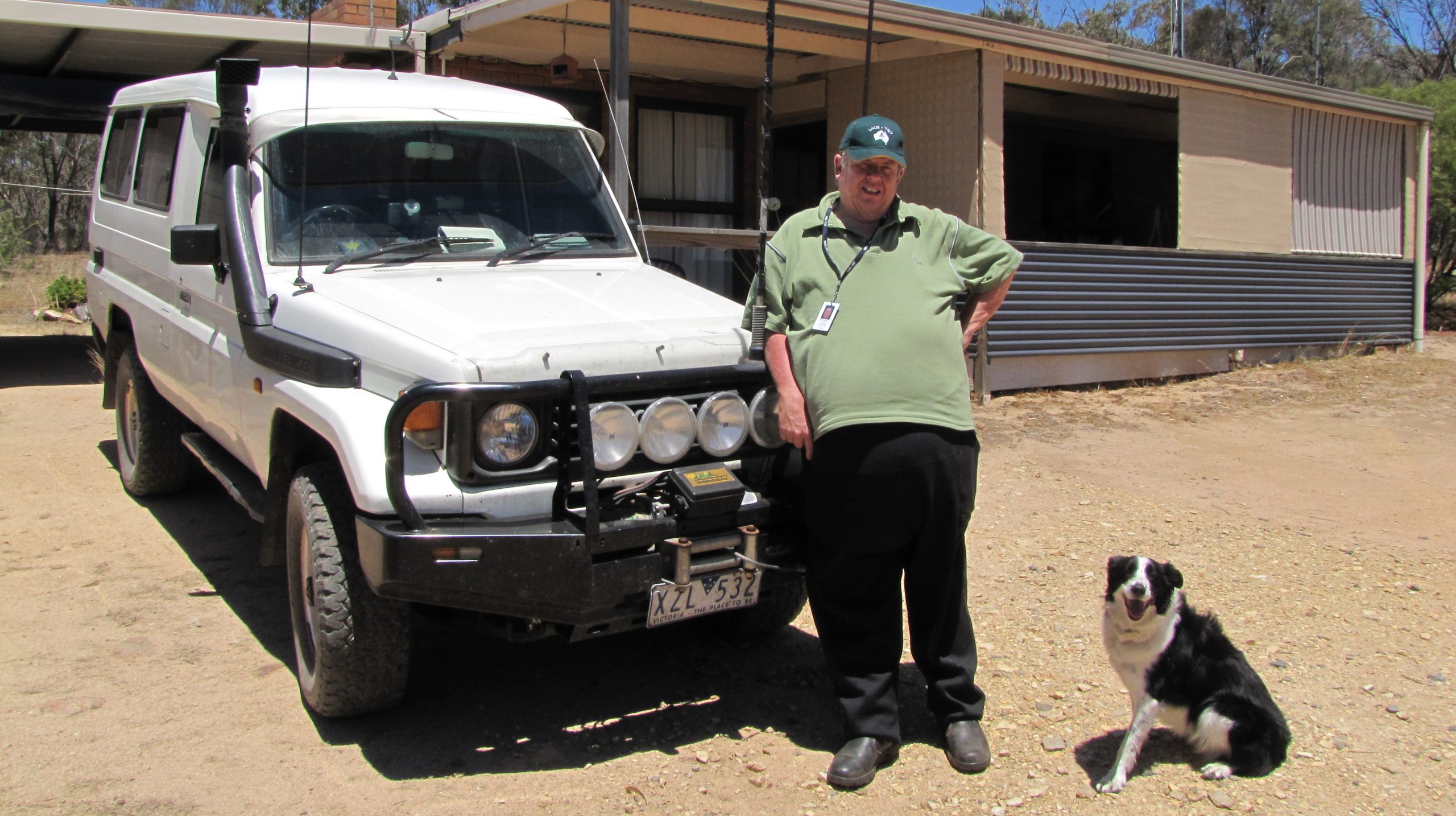 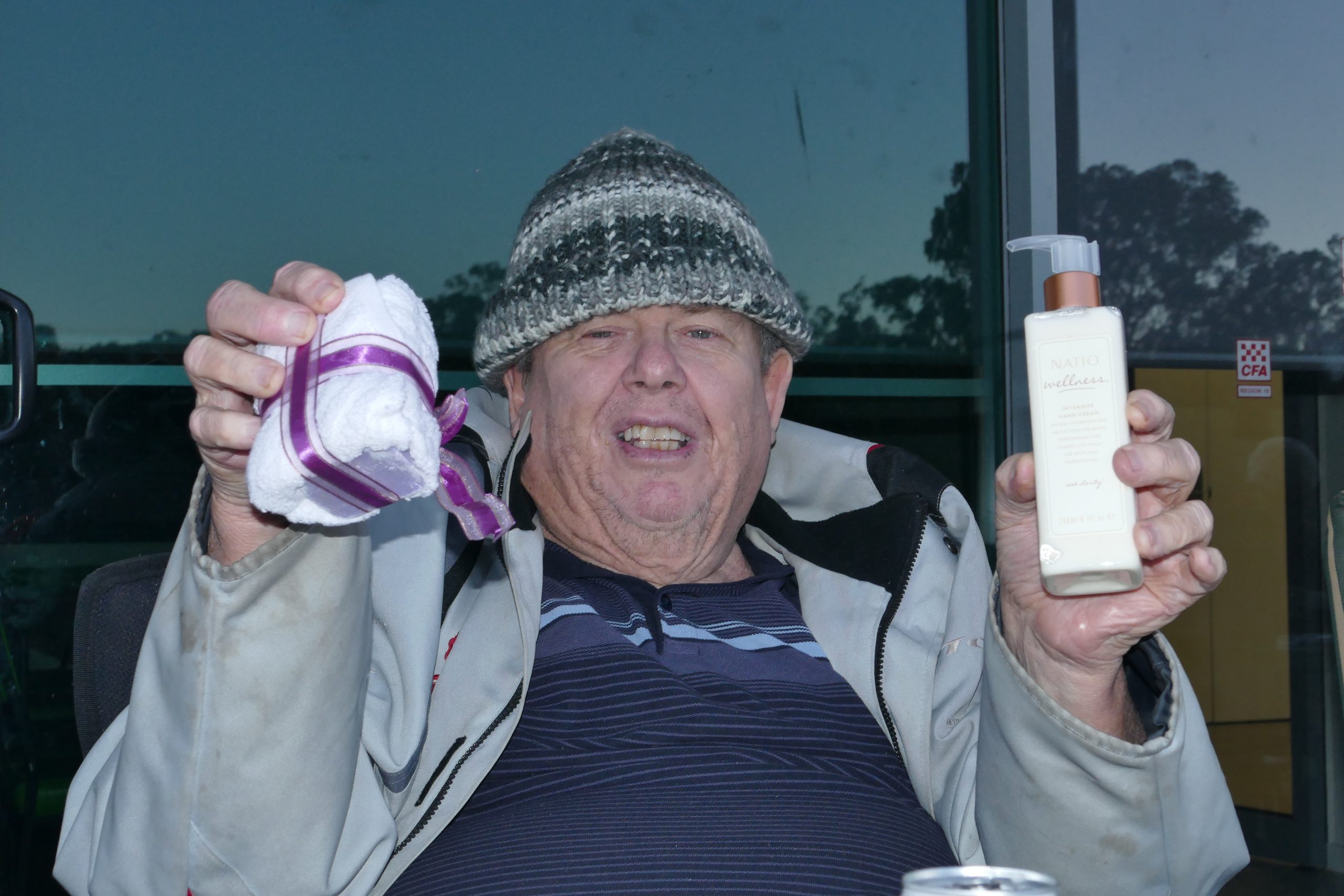