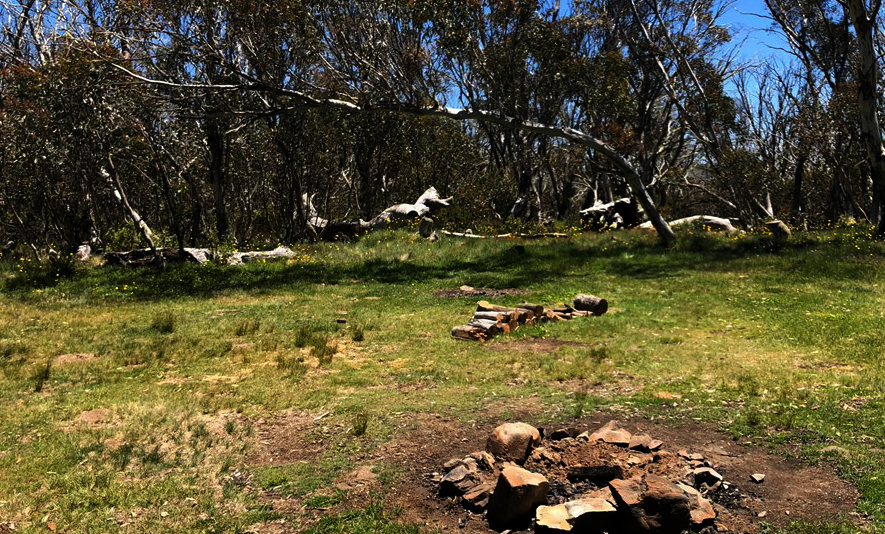 This article was submitted to VKS-737 and demonstrates the possible pitfalls that a SatPhone user could be faced with when trying to summon help. It was an actual incident that occurred in the Victorian High Country, involving a group of 4WD Club Members on one of their trips:

The debate over long distance communication options has been around for a while now and I am sure that it will continue to fuel camp side conversations for some time yet. These options are of course HF Radio and Satellite Phone. A recent 4wd trip brought home my decision some time ago, to head down the HF path as the better alternative for us and our remote travelling interests.

The combination of a four wheel driving trip and the beautiful Victorian High Country has a nasty habit of catching you out, when you least expect it of course and landing you in a bit trouble. Well it happened to us, a group of four wheel drivers on our club trip in and around the high country in a January holiday period.

We had been traversing Butcher Country Track and near the northern end we passed through some deep water holes. One of our crew unfortunately hit the water a little harder than he intended and as we found out a short time later had done some considerable damage to his vehicle.

Our plan for the rest of the day had been to head down Zeka Spur into Wonnangatta Valley and set up camp for the night but after having discovered what had happened to his car we had to change plans and head to the closer and more accessible Howitt Hut campground for repairs. Ploughing through the short section of water had caused the plastic cooling fan to shatter and, in taking out the enclosing shroud also smashed the top radiator outlet off the plastic radiator tank.

Later investigation into this failure revealed that the viscous coupling that controls the operation of this fan had seized some time ago. Instead of allowing the fan to slip against the inrush of water, it was solid and the fan, unable to cope with pumping water instead of air, disintegrated.

Having incapacitated his vehicle I had to tow him into the hut campsite, where we set up for the evening to evaluate repairs required. For those of you who are not familiar with this area it is a relatively remote spot in the middle of the high country. Further inspection that afternoon led us to the conclusion that he was not going to be able to continue on and we needed to get him to the closest repair shop.

Our club had recently invested in a satellite phone and having it on board with us we fired it up to contact the nearest repair centre for help. This is actually where the story really starts!

The hut campsite is dotted with large gumtrees and these form a canopy of shade over where we had parked. Nice for camping, but not so nice for satellite communications. I couldn’t get any network connection. The satellites seemed to be visible, according to the phone but the final connection could not be made.

I was aware trees, hills and other objects that blocked the line of sight of satellites could be a problem, so as we had a vehicle mounted antennae kit, I hooked this up to increase the strength of the signal in the hope it would improve things. Yes we had stronger signal strength but still no network connection. The next best thing now was to move out of the campsite away from any trees and head for some open space and therefore a clear view of the sky. I drove about a kilometre down the track to an alpine meadow and at last we successfully made contact. We had an NRMA workshop listing with us and we phoned a Mansfield workshop for some help. The plan would be to get the stricken vehicle towed out to the workshop.

Unfortunately while Mansfield is relatively close to our position as the crow flies, it was not a good choice due to the demanding 4wd tracks to get there and towing a vehicle over these would be too dangerous. A long and complicated route to get to our position was the only option from there and it would be a seven or eight hour trip for a tow truck operator at best.

At this point we made the service man aware that we were RAA members and would be making use of the reciprocal rights with NRMA. We were informed that if that were the case we would need to contact NRMA direct to get the ball rolling with them and then he would get the authorisation to proceed with the recovery.

Hmm… Ok we’ll ring them and arrange. Phone numbers were obtained and we rang the NRMA. Keep in mind this is a satellite phone we were using and call costs were about a $1.20 per minute for a prepaid plan. Contacting them proved to be a bit of a pain as the signal strength, even in the open sky was flaky and we had some trouble getting through, but finally we made contact with an operator. 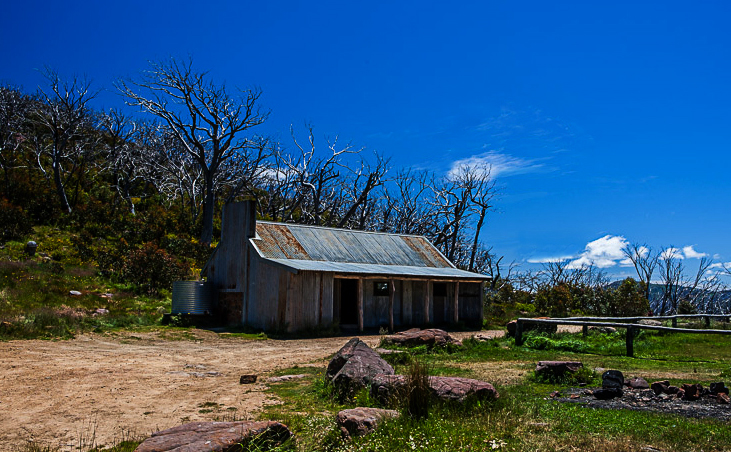 ” Hello, we have some vehicle troubles and we need some assistance please”.

” What suburb are you calling from?”

” A place called Howitt Hut in the Victorian High Country”.

What transpired over the next 10 or 15 minutes amounted to a number of transfers, periods of on hold music and finally to a supervisor who informed us that we needed to contact the RAA, who in turn would contact the NRMA and get the ball rolling from there. Remember folks $1.20 a minute for all of this. So we contacted RAA. 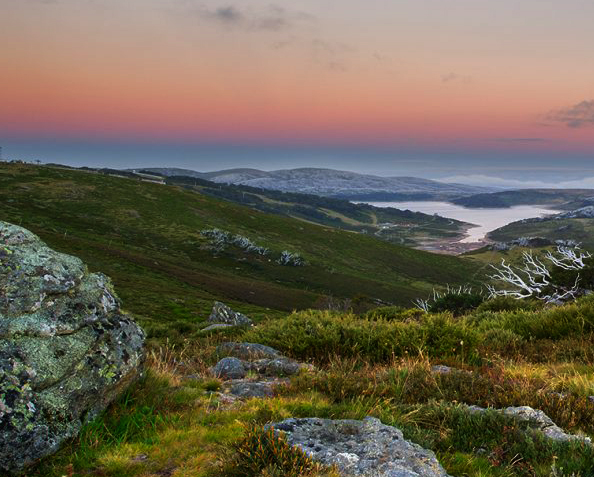 ” Hello, we have some vehicle troubles and we need some assistance please”.

” What suburb are you calling from?”

” A place called Howitt Hut in the Victorian High Country”.

Once again the call was transferred to a supervisor who just couldn’t determine our location. I explained that we would be able to relay these details to the retrieving mechanic who being a local, would know where we were. Ok that seemed to work.

A short time later the retrieval had been set up. By now it was about 7.30pm and the travelling time of the tow truck from Heyfield, a small town to the south of us, made an ETA of about 3.00am in the morning. We suggested to the operator that this was a bit crazy, how about we get the tow truck going the next morning so it arrives at a reasonable hour for everyone concerned. We were informed that it was impossible to “book ahead an emergency call” and that we would need to call back in the morning to reinstate the retrieval.

With that frustrating response we decided to call it quits and as advised, wait for the morning to start the process all over again.

The next day I figured it was time to get VKS-737 involved (we were running out of call credits and patience at this stage) and waited for that mornings skeds to start. So with me parked under the trees and having some breakfast I joined the sked. The signal from Charters Towers Base was booming in and it wasn’t long before a break occurred and I joined the conversation. 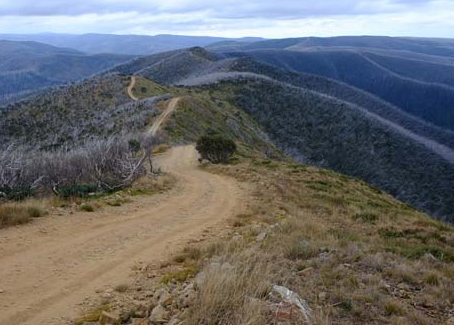 Base Operator Robert was on duty that morning out of Charters Towers Base and after a few introductory pleasantries I explained our predicament. Within a minute or two he had established our position accurately and had gone away to contact the relevant authorities and get things organised and under way. In the meantime we made temporary repairs to the cooling system to enable us to at least run the engine and therefore gave us brakes and power steering.

The short tow into the campsite the previous day with no power steering and no assisted brakes was horrendous so we needed to get the car going so we could comfortably tow the car, if needed to a rendezvous point with the tow truck.

After about 15 minutes the selcall alarm alerted me that Robert was back. He had contacted RAA and explained our situation, advised them of our location, the nearest service centre, which as it turned out was Heyfield and that a tow truck would meet up with us if we would be able to start towing the vehicle down towards him. Simple, no hassles – fantastic!

Within a couple of hours and a few cooling system top ups along the way we met up with the tow truck who finally delivered the broken vehicle to the place of repair. Cost to us to get to that point via HF? Nothing.

Cost from the previous evening’s unsuccessful Satellite phone conversations, about $24.00 which in all likelihood would have been doubled, at least, trying to re-establish the rescue plan again that morning. 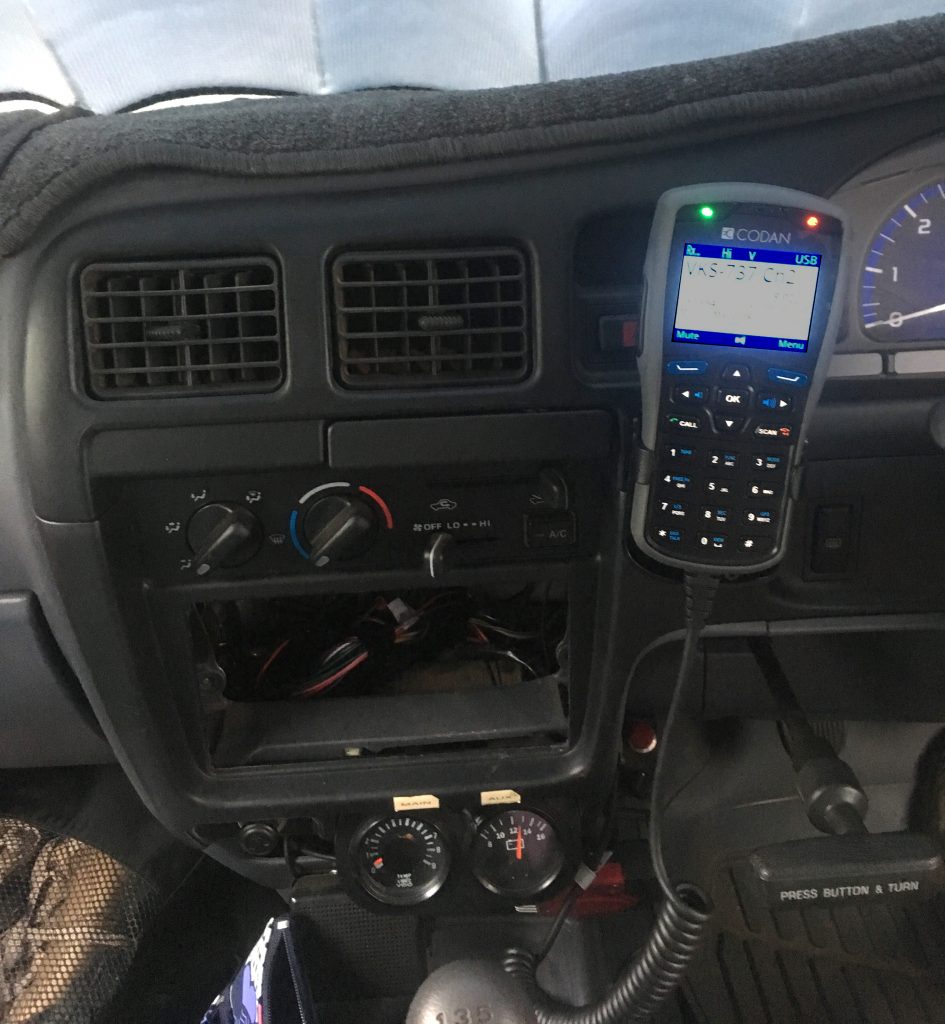 I’ll leave the reader to make his or her mind up on the outcome of this story, but this writer can tell you that when the brown stuff hits the oscillating air pump, it’ll be the HF microphone that will be picked up first. The satellite phone is another tool and has its place, especially if private person to person calls, sans any spooks listening in are required, but it can’t beat the sense of community and help in doing the heavy lifting and organising of assistance. It also can’t beat what was in this scenario a more reliable way of communicating…but if you’re reading this, I guess you biased that way already.

So our sincere thanks then to the guys and girls of the VKS-737 Radio Network for their assistance, information, company and cheerful service.