A Tale Of The Unbreakable Hilux 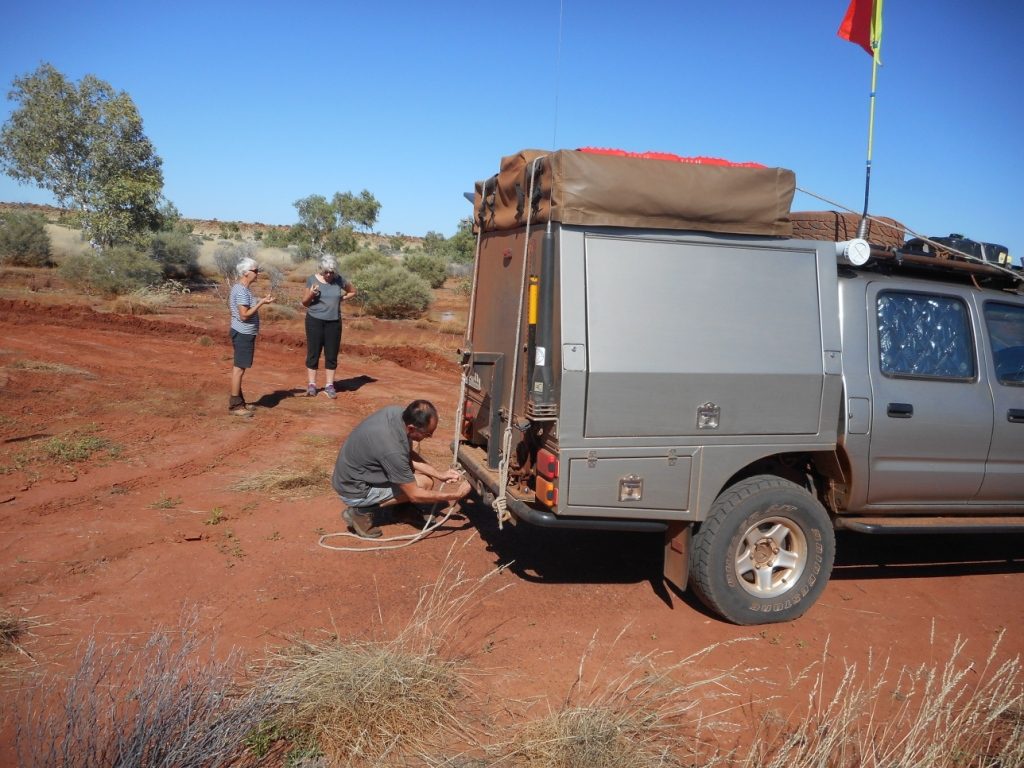 In April 2017 we embarked on a trip in company with another family vehicle containing Dave and Angela. We travelled north-south on the Canning Stock Route. On our tenth day on the CSR, we pulled up to camp for the night at Thring Rock. On our approach to Thring Rock we saw that Outback Spirit (tour operators) were setting up their bivouac on the northern side of the rock. We elected to go to the south-eastern side of the rock and camp there. It was then that I realised that the chassis of our (unbreakable) Toyota HiLux was cracked.

The damage was obvious as there was an uneven gap between the vehicle cabin and the camper box that we have fitted to the rear. You did not need a close inspection to see that something was seriously wrong. I immediately drove to the Outback Spirit camp in the hope that someone there might have some idea what we could do about this very serious problem.

On my way, I called the on duty VKS-737 Adelaide base operator, Darrin and reported what was happening. Darrin struck up an incident in the network’s National Database with further details to follow. As I approached the Outback Spirit bivouac, one of their crew members noticed the vehicle’s attitude and alerted the others. I soon had three of the Crew, all called Mick by the way, checking out the damage. 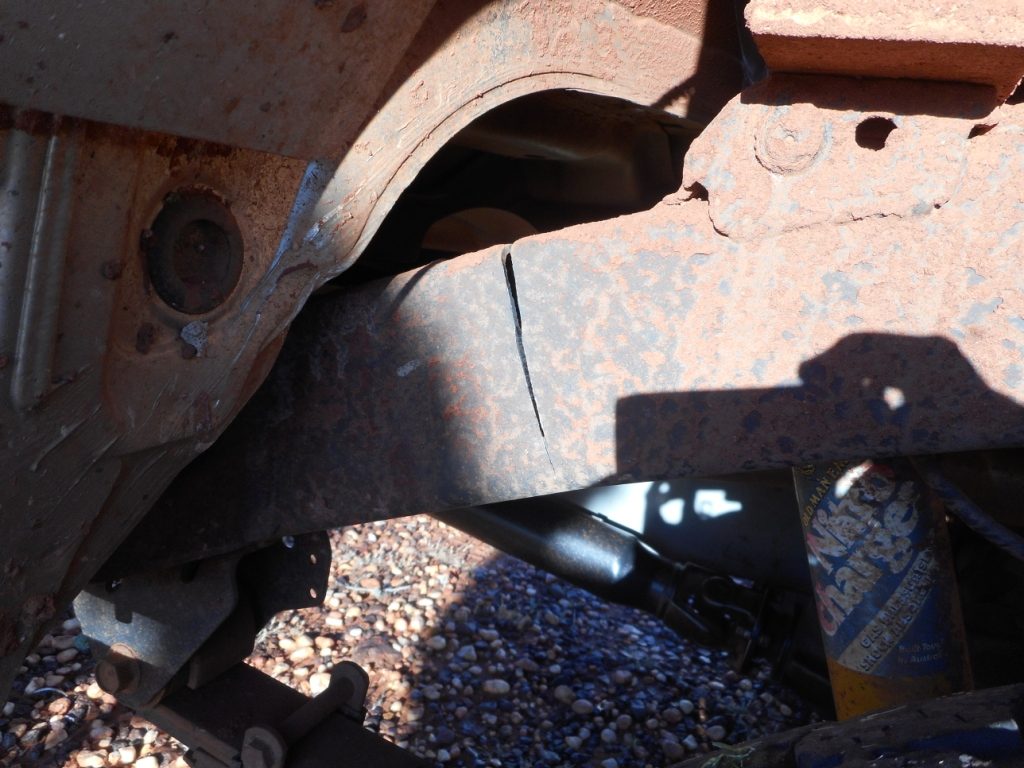 I literally did not ask for help, I didn’t have to.  They said that they had a generator and welding equipment and would be happy to try to help us out.  Following their instructions, I backed up to near their service vehicle and jacked up the rear of the HiLux.  This had the effect of closing the gaping split in the chassis.  I then disconnected the vehicle batteries (+ and -).  The guys then ground and welded the split and also braced it with a piece of 12mm thick steel rod.  The job done, they refused to accept payment for their work.

Our relief at having the chassis patched up was enormous; we really had no idea how we would have managed our recovery from such a remote place.  In summary, the Outback Spirit people were fantastic; they were confidence inspiring and very professional.

After the repairs had been carried out, I lamented that as we would now be exiting the CSR via the Talawana Track, we still had some unfinished business at Well 14. That being we now wouldn’t be able to install a new container for the visitors’ book attached to the memorial plaque at the Well. 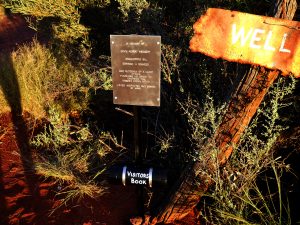 The plaque is in memory of our cousin Kevin Weckert (ex VKS-737 Mobile 22) who died suddenly in the vicinity of Well 14 in 2004. I was aware that a new visitors’ book container was required and replacing the container was on our “to do” list. The Outback Spirit crew gladly offered to install the new container when they reached Well 14. There seemed to be no end to their generosity.

The next day we headed off very slowly and gingerly, trying to nurse the vehicle along. After a few bumpy sand hills, the chassis cracked again, but the bracing rod held firm. Dave came up with the idea of tying ropes from the bull bar to the rear step/bumper bar, right over the top of the vehicle and making them as tight as possible with “truckie” knots. I was a bit sceptical about this, but I’d have to say it worked. The Nurtons also took on board their vehicle some of the heavier items that we were carrying. All of what Dave did helped enormously.

We logged in to VKS-737 every day; the interest and support shown by the operators was comforting indeed. Also stand-by Emergency Operator, Robert selcalled us for welfare checks and progress reports. Robert also phoned Bill at Parnngurr Community re t 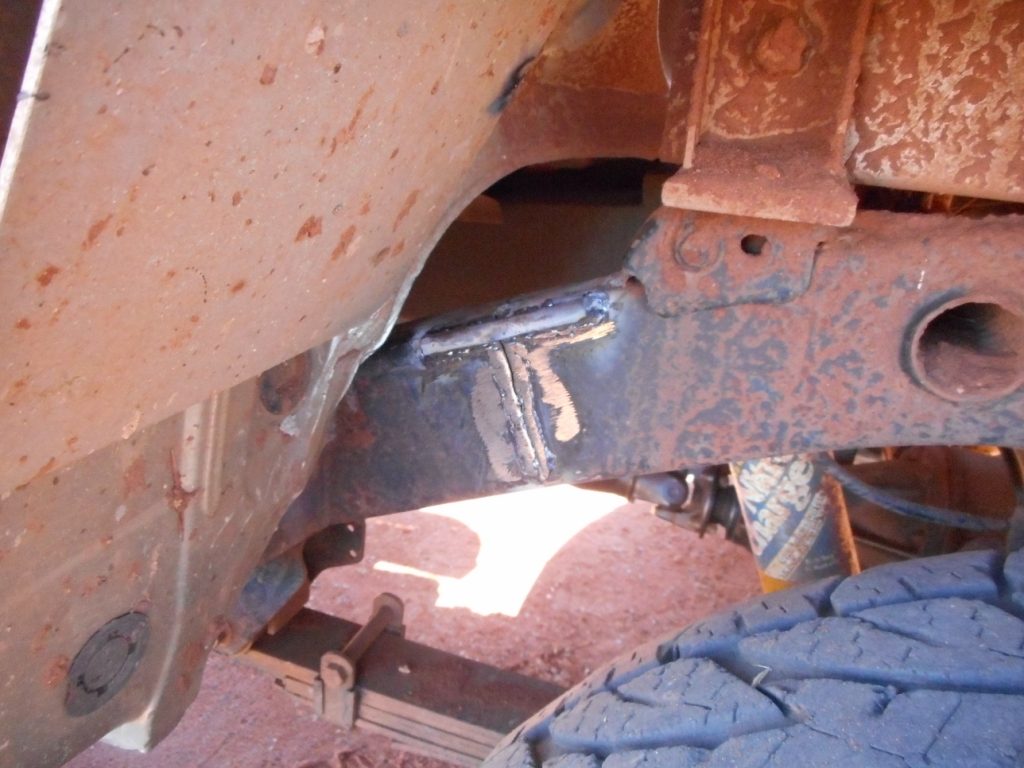 Over three days we limped the 252km to Parnngurr where we had further welding and bracing applied to the chassis. From Parnngurr, we limped slowly to the Great Northern Highway and then made our way home. We arrived home nine days after leaving Thring Rock and covered over 4,000km on a broken chassis.

Our heartfelt thanks go out to outback Spirit, our relatives Dave and Angela Nurton and VKS-737 base operators in particular Adelaide Base Coordinator Robert (Mobile 2500).

Footnote 1: Notwithstanding that I disconnected the vehicle batteries before the chassis welding was done at Thring Rock, the “phone” function on our Codan 8528 radio had became disabled when I switched it back on. We are HF-Tel subscribers and this development meant that we couldn’t place telephone calls. By a process of elimination I re-enabled “phone” by holding down the 3 button before powering up the set. For the second round of welding at Parnngurr, I removed the fuse for the HF and there was no loss of “phone” when the set booted up.

Editor’s Note: Don’t go welding on your vehicle without completely removing power and antenna connections from any radio equipment. In fact, isolate any sensitive equipment. Also isolate the autotune antenna if one is fitted to avoid damage from welding strikes. Consider also carrying your HF Radio’s User Manual, just in case. It’s essential to test your radio a few weeks before heading away on your big trip.

Footnote 2: The decision by the ABC to suspend the HF service in the NT severely impacted on us, with no access to news & current affairs, footy results or “Macca” on Sunday mornings. This was our first trip since the early 90’s without being able to listen to the ABC and we missed it badly. Base operators have provided sporting results when requested, depending on how busy they were but that is hardly a legitimate function for a service such as VKS-737. I would never request footy results from a base operator during a busy sked. 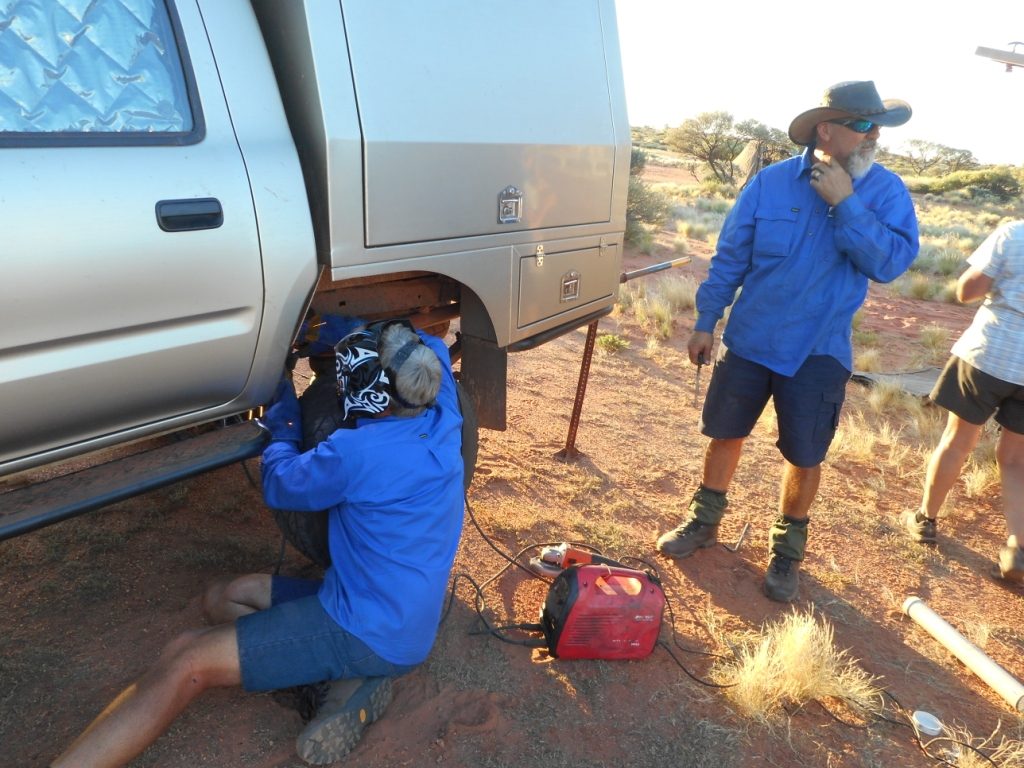